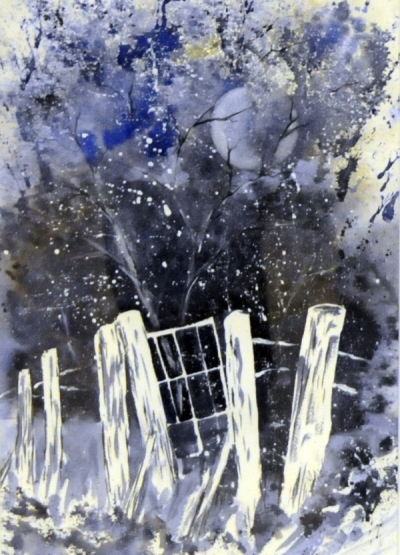 Marcella Whillans (Gallant) was born and raised on Prince Edward Island. She left the "island" over 40 years ago and settled in Sault Ste. Marie, Ontario. She is inspired by the Algoma landscape and the Majestic Lake Superior. She has taken many workshops from artists such as Ken Bradford, Eileen Halfpenny, Taimi Poldmaa, Gordon MacKenzie, Shiela Currie, and Helga Flower.  However, it was Linda Szabo who had the greatest influence and helped Marcella develop the passion for watercolor painting.

On her first time entering the NOAA annual juried exhibition, she had her painting "Once in a Blue Moon" accepted as part of the 58th NOAA Annual Touring Exhibition. These 39 paintings are on tour throughout Northern Ontario from September 2014 to September 2015. This touring exhibition was shown at the Art Gallery of Algoma in December 2014.

Marcella has some of her paintings in Edmonton, Toronto, Belleville, Nova Scotia, and Prince Edward Island.

View the embedded image gallery online at:
http://algomaartsociety.ca/component/k2/item/74-marcella-whillans#sigProId87ab2532e3
More in this category: « Nancy Caldwell Anne Laidlaw »
back to top